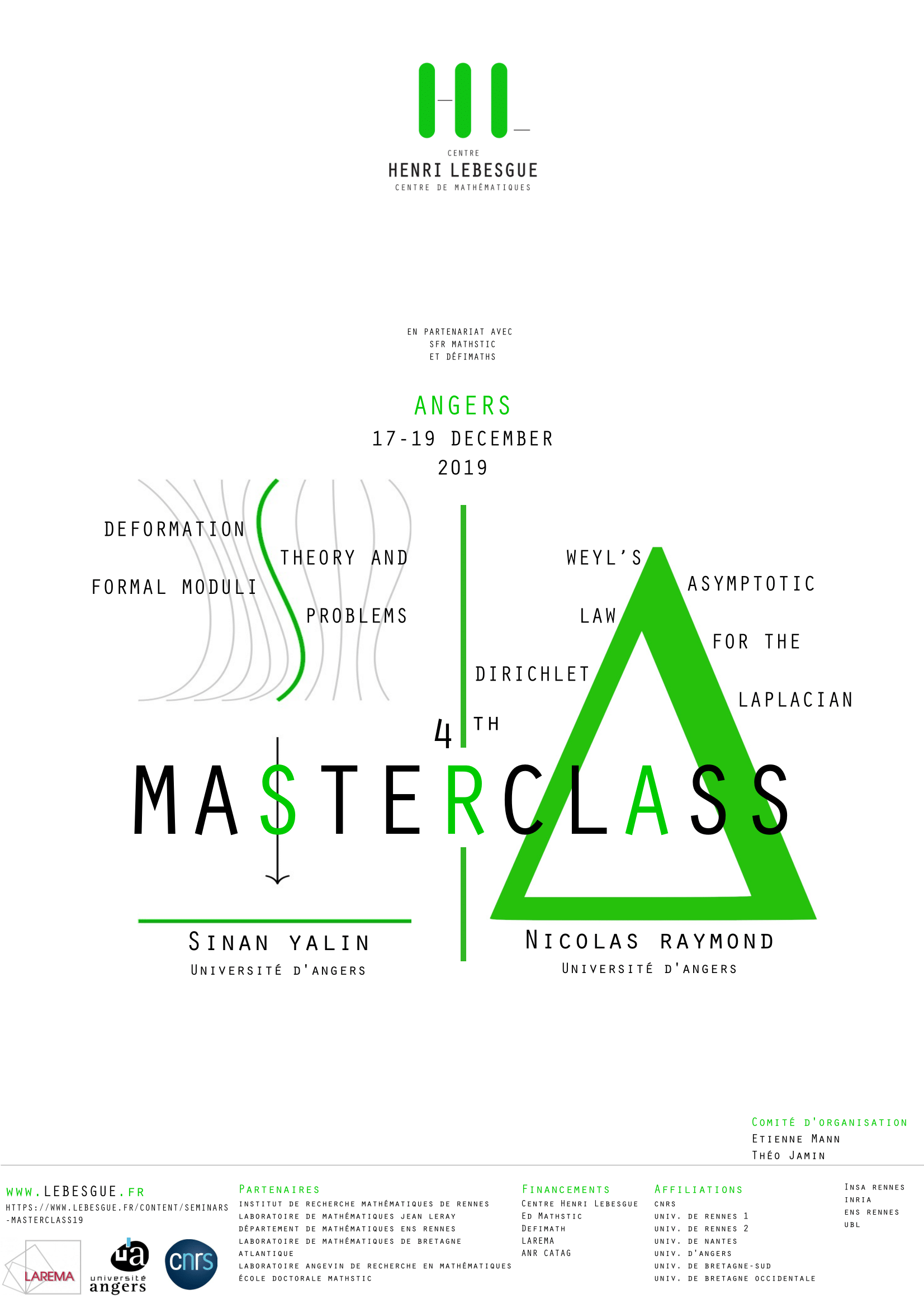 We organize a masterclass in Angers, from 17th to 19th of December, 2019. The organisation board will pay the housing with breakfast and the lunches. The dinners are not payed by the organizers. For the travel expenses, we will do our best in the limit of our budget.

Registration are closed as we have reached the limit of participants.

Lectures will be in the morning sessions and exercises in the afternoon. We will have two parallel sessions: