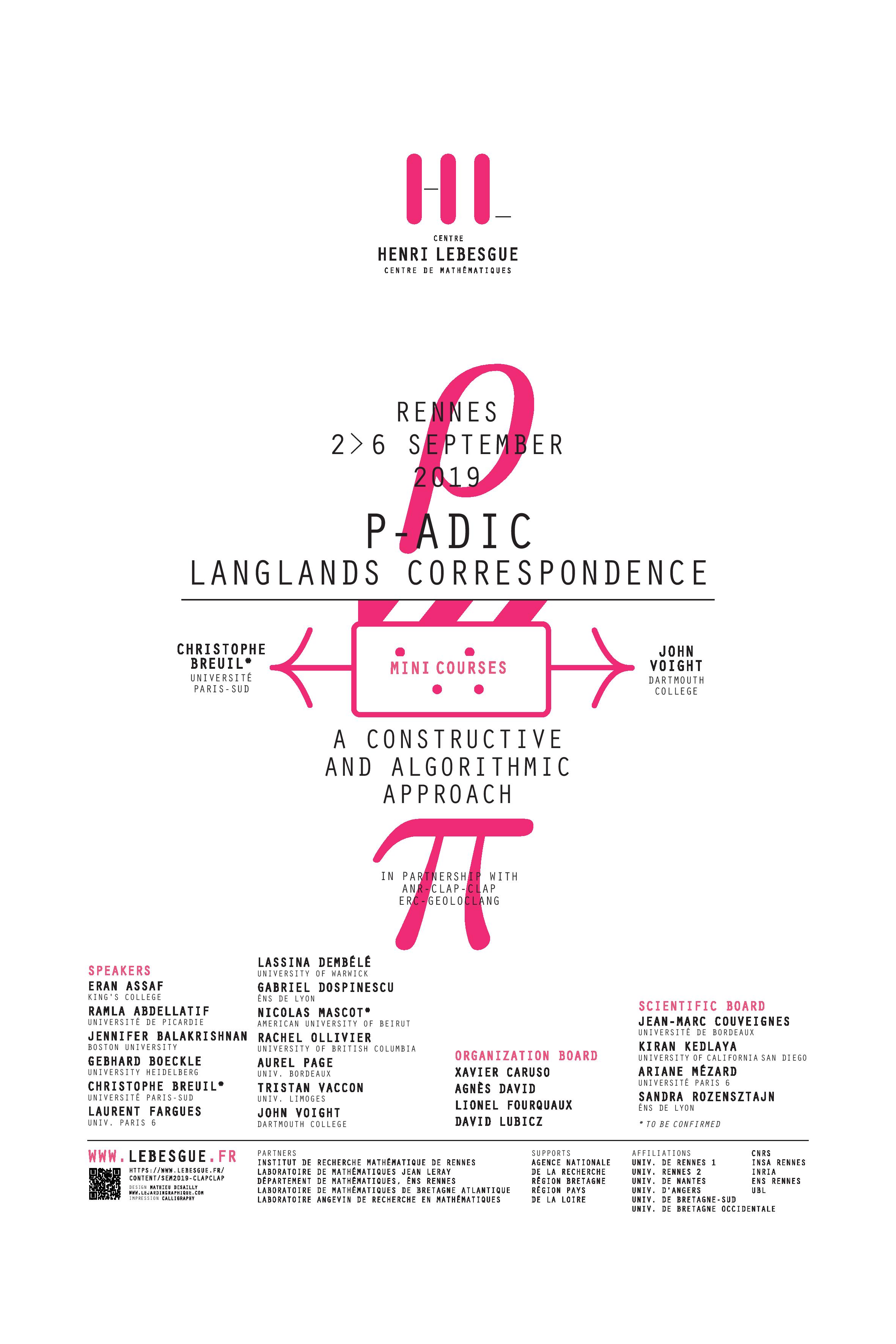 The aim of arithmetic geometry is to solve equations on integers by geometric methods. One of the most prominent achievements of this approach is certainly the Langlands program, which makes a connection between representations of the absolute Galois group of $\mathbb Q$ and certain adelic representations of reductive algebraic groups. In the early 2000's, Christophe Breuil suggested the existence of a purely $p$-adic version of the Langlands correspondence and supported his vision by numerous examples. Almost twenty years after, the $p$-adic Langlands correspondence has become a major topic in number theory.

Besides, following the rapid development of computer science throughout the 20th century, a large panel of algorithmical tools has been deployed and are now quite performant, in particular for attacking questions in Number Theory. A computational approach to the (classical) Langlands correspondence has been already investigated in recent times as well. We believe that the time has come to begin to extend it to the $p$-adic Langlands correspondence.

This conference is a first step towards this perspective. It will bring together the most internationally recognized experts in $p$-adic Langlands correspondence on the one hand and effective aspects of the Langlands correspondence on the other hand.
Young researchers, and more generally researchers who are familiar with one side (either the abstract one or the effective one) and are willing to learn the other side, are particularly encouraged to attend our event: a enthousiastic program with 2 mini-courses, a bunch of short lectures and an introduction to the mathematical software SageMath is specially designed for them.